The reported early hearing detection outcomes were the first measurements among children referred by the Cyprus Newborn Hearing Screening Programme since the beginning of the screening Program in 2005.  Participants were children whose families responded to the follow up call by the Centre for Preventive Pediatrics, the organization responsible for prenatal and infant screenings in Cyprus.  Language development was assessed using the Action Picture Test (morphosyntax, pragmatics) and the Word Finding Test (expressive vocabulary).  There were no statistical differences in language development indices between children with hearing loss and normal hearing, indicating that early detection of hearing loss and timely intervention can lead to commensurate development of language skills.

Permanent childhood hearing impairment can have a devastating impact on communication skills, educational attainment, and quality of life, with a high cost to society.  Babies learn to speak and communicate mainly through audition.  Hence, the earlier we can identify and support children with a hearing loss, the better chances they have in developing their communication skills and improving their mental, social, and educational potential (Ching et al., 2017). Children who are identified with hearing loss early and receive proper intervention and support have the potential to develop language abilities that compare to those of normal hearing peers (Yoshinaga-Itano et al., 2017).  Universal Newborn Hearing Screening Programs (UNHSPs) offer the best method of preventing the effects of hearing loss on the child’s quality of life.  The proven model for success in hearing screening is the 1-3-6 model: screening in the first month, diagnosis of hearing loss by the third month, amplification and intervention by the sixth month of life (Yoshinaga-Itano et al., 2000, 2001).  Therefore, the goal and criterion for success of newborn hearing screening programs relies on timely and appropriate diagnosis and intervention by the 6th month of life.

Early Hearing Detection and Intervention programs have been established in many countries with impressive results in early identification of children with hearing loss.   Research studies on children who have been identified early have established the value of early diagnosis (Ching et al., 2017, Yoshinaga-Itano et al., 1998, 2000, 2001).  However, the problem of missing children to follow up is a very pervasive one:  in the United States, more than 50% of the children were lost to follow up (Crouch et all, 2017).  In most countries the mechanisms (and people) responsible to monitor the infants are also burdened with monitoring infants with severe disabilities and possibly life-threatening conditions, placing sensory or other non-life-threatening conditions at a lower priority.  Cyprus developed the first UNHSP in the Mediterranean in 2005, but babies referred for further evaluation did not initially go through any follow up protocol to ensure benefits of early intervention until 2008.  Since 2008 referred infants have been initially assessed from the Cyprus Universal Newborn Hearing Screening Programme for indications of hearing loss, and then referred for evaluation and intervention.  Although there are various potential mechanisms to monitor progress of the infants’ development, there has been no formal early intervention process, and no study has demonstrated increase benefit from the hearing screening in Cyprus.  The reported work assessed children referred for hearing assessment between 2005-2012 by the Cyprus EHDI to assess language outcomes and efficacy of intervention.

Children older than 4 years (23 children in the experimental group and 16 in the control group) were invited to complete the Word Finding Test (WF) test, and to respond to the Action Picture (AP) Test.  The WF test assesses expressive vocabulary, whereas the AP test assesses children’s’ pragmatic skills and morphosyntax.

As language development indices were measured with different tests, an age-related percentile performance was estimated for each score, to compare across groups and skills.  Figure 1 shows Word Finding measures for children in the various hearing groups.

Language outcomes between groups were compared using the SPSS Analysis of Variance module.  Results comparing language measures in groups with various amplification are shown in tables 1 and 2.  Table 1 shows that there was no difference between children with bilateral hearing loss and normal hearing children, but children with cochlear implants had lower expressive vocabulary measures than children in the other two groups.  As cochlear implantation takes place around the 10th month of age, expressive vocabulary might present with an initial delay in implanted children when compared to normal hearing or children with bilateral hearing aids who get the intervention a few months earlier.  Table 2 shows that pragmatic skills and morphosyntax were not different across groups.

When the language measures were combined to form an overall language index, there were no differences between the groups.

This study indicated that children with hearing loss referred by the Cyprus UNHS develop receptive and expressive language skills commensurate to those of normal hearing peers.  These findings agree with published research (indicative recent publications only included here:  Ching et al., 2017; Yoshinaga-Itano et al., 2017).  As these findings are highly complimentary of the Cyprus UNHS and very encouraging, they are accompanied by limitations to this study.   Families who responded to the invitation to participate can be described as motivated, and willing to be active in their child’s intervention and development.  They took the time to come to the appointments based on their interest to gage their child’s performance.  Evidently these parents might put more time into language stimulation activities, resulting in higher language development scores than families who did not participate in this project (Gilkerson et al., 2017; Yoshinaga-Itano et al., 2017).  The families responding to the call to participate represented less than half of the referred children; there are no data on the level of services sought and received by the rest of the referred children.  In response to the lack of coordinated follow up and intervention for children referred by the UNHS in Cyprus, the Ministries of Health and Education have recently (April 2018) announced a joint Early Communication Intervention Program.  Studious quality control and outcome measures along the follow up process would be necessary to ensure a comprehensive, widely acceptable, and efficient early intervention program.   For further inquiries, please contact Dr. Thodi at c.thodi@euc.ac.cy 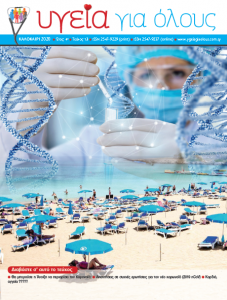 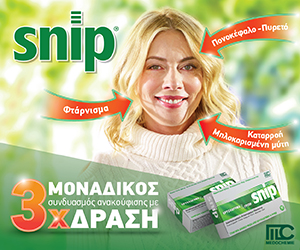 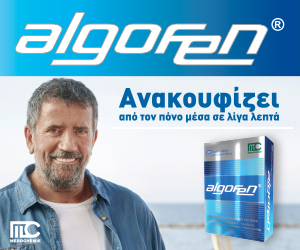